Dig into parenting advice, tips, easy kid's activities and how to manage a household.

END_OF_DOCUMENT_TOKEN_TO_BE_REPLACED 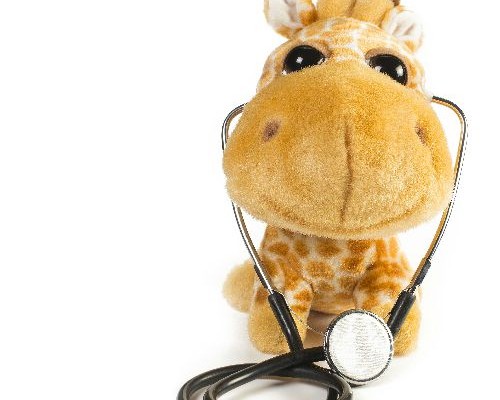 When I was expecting my first child, I had no idea what having a newborn would be like.  I knew I wanted to breastfeed.  I knew I wanted my baby to sleep.  That’s about it.  I wish I had known these 3 questions to ask the pediatrician before my baby was born. I expected all doctors and medical professionals to be the same – with the same set of beliefs and core knowledge – but that simply wasn’t the case. My first born ended up being a great sleeper, however breastfeeding was an abysmal failure.  I hated it.  I wanted to do it in theory, but I didn’t know what else I could do.  I quit and switched to the bottle after one month.  My happiness returned and life was awesome! With my second child, I did a little more research.  I enrolled in a Bradley childbirth class where I also learned a lot about breastfeeding.  Through that class, I met a group of amazing women who formed my support system through the first challenging months.  I also switched pediatricians. Based on my experience,  here are three questions that I wish I would have asked while searching for a pediatrician five years ago.  They go beyond the typical interview questions and are more directly aligned to two of my goals: breastfeeding and baby sleep. How soon do you expect a baby to return to its birth weight? What do you do if they are not back to their birth weight by that time? After babies are born, most drop weight.  This is completely normal.  Many doctors operate under the assumption that babies should gain weight at 1/2 ounce per day and be back to their birth weight by the time they are 2 weeks old.  This was one of my biggest stressors as a new parent – especially since I wanted to breastfeed.  Since I was my child’s sole source of food, I constantly worried about him getting enough.  My son was a big baby and dropped a pound after he was born.  When he was three days old, we brought him to our pediatrician, placed him on the scale and found he had only gained 5 oz back.  The nurse was very quiet and told us the doctor would come in to speak with us. I was a nervous wreck.  Not only did I feel that I was harming my baby with my decision to breastfeed, but I also felt that the doctor didn’t acknowledge the fact that my baby looked healthy in terms of skin tone and appearance, had an acceptable number of wet diapers a day and wasn’t acting hungry in any way.  She recommended a weight check in another 2 days and then would decide if we needed to supplement with formula. I did my research about breastfeeding as well as the behavior of c-section babies after birth.  Some drop weigh because of the amount of fluid in their body at delivery due to the mother’s IV.  Some […]

END_OF_DOCUMENT_TOKEN_TO_BE_REPLACED 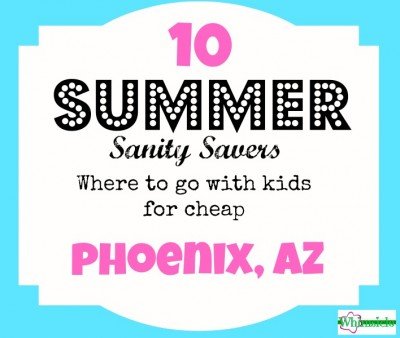 Here in AZ, we get cabin fever in the summer. It’s too hot to venture outdoors, so we all hibernate in our little air-conditioned cocoons from June until the end of the September. Unfortunately, this coincides with school summer break and kids get a little stir-crazy when kept indoors for too long. Scratch that, parents go crazy when kids stay indoors for too long.

END_OF_DOCUMENT_TOKEN_TO_BE_REPLACED

This is the last week of Letter Box. Being able to identify the letters and their sounds is crucial to beginning readers. Even though there won’t be Letter Box lessons, I encourage you to continue finding items around your house that start with a specific letter. It is incredibly challenging but also fun and rewarding to your kiddo.

END_OF_DOCUMENT_TOKEN_TO_BE_REPLACED 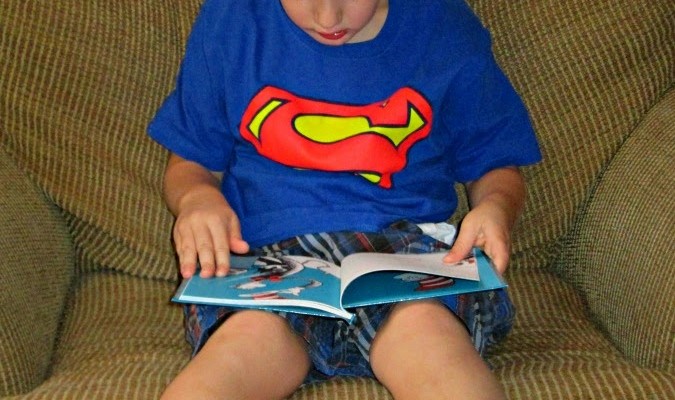 Activity 1 One question I get asked frequently is “should my kindergartener be reading?”  If your child is not reading before they go into kindergarten, that is normal.  My son does not know how to read.  He hasn’t even begun to show signs of reading in the traditional sense.  However, there is some good news.  If you have been following our Summer Sessions lessons, your child is well on their way to reading.  Here are some things you can work on over the summer to get them started on the right track:

END_OF_DOCUMENT_TOKEN_TO_BE_REPLACED

Activity 3 If your kiddo is like mine, then getting them to sit down and read for any duration of time can be a struggle.  My son Biggie, has received speech and language services since he was 18 months old and the biggest contributor to his drastic improvement was that we read.  We read A LOT.  Many days it is a struggle but I put my mommy hat on and make him sit.  Getting started is the hardest part.

END_OF_DOCUMENT_TOKEN_TO_BE_REPLACED 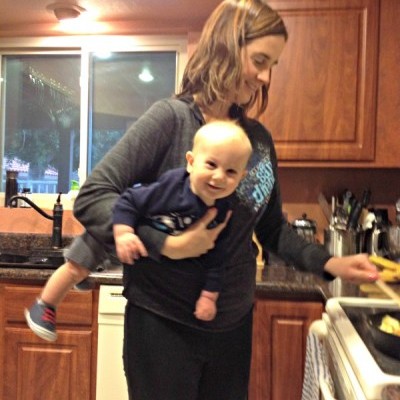 When my daughter was born, I was happy, excited and terrified!  My little girl kept me busy.  She was active, loved to play, and was the funniest little person I have ever met.  Having another child scared me.  Even though my daughter was fun, I couldn’t imagine being able to handle another one.  I’m a teacher, used to managing a classroom of 30 students, but when it’s your own kids who are with you 24-7, the prospect of two is a little daunting. My husband finally convinced me to try and my son was born in July of last year.  Llama and Dude are 4 1/2 years apart.  I thought the age gap would be perfect.  Llama would be a little more self-sufficient which would leave me with more time to focus on the baby’s needs. Cue laughter here. Sometimes, my two kids are hard and sometimes they are joyously fun and easy.  Here are some things I have learned in the past year about having two. 1.  They are very different from each other. My daughter liked to sit and play with her toys as an infant.  She would bang on her crocodile piano contentedly or sit in her high chair while I made dinner.  My son is into everything!  His favorite activity when I am in the kitchen is to open up one of the bottom drawers and take out the bread hook and some other foreign part for our stand mixer, and use these both as hammers on our white tile.  He then crawls into the living room, raids his sister’s stash of colored pencils, crawls back into the kitchen with colored pencil in hand and proceeds to draw on the floor.  He’s only 10 months old!  Man, I am in for it when he turns 2. As another example of how different they are, right now, Llama is on the floor reading a book.  Dude is digging through my office trash can face first. 2.  They will keep each other happy… at times. When I am grocery shopping with my son, he usually lasts about 10 minutes in the cart before he is squirming out and wants me to hold him.  The next 20 minutes of my shopping trip usually consist of me holding Dude in one arm and maneuvering my shopping cart with the other.  Sometimes, Dude pretends he’s Superman and tries to push the cart as well. Now that my daughter is off of school, she comes shopping with us.  We get a car cart and it is utter bliss.  Seriously.  They play with each other and laugh a lot.  Other shoppers in the store usually stop and comment on how cute and well behaved they are.  Know that this is only a moment in time and my kids seem to really dig “car cart” shopping. 3. I usually have to protect my youngest from my oldest. Nothing sums this up better than a drive we took about 2 weeks after Dude was born.  […]

END_OF_DOCUMENT_TOKEN_TO_BE_REPLACED 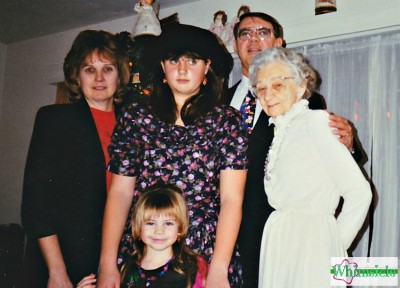 Disclaimer: This is a sponsored post by Invisalign. However, all thoughts and opinions are 100% my own. One of the reasons that I love teaching fifth graders so much is that I get to usher kids through school at such a socially complicated age.  Not only do kids have increased pressure about grades, but their friendships are changing along with their bodies which throws everyone for a loop.  I see kids either withdraw or become horribly mean people at this age.  I was the former.  Middle school was rough for me.  Not only did I seem to gain twenty pounds once puberty hit, but one of my orthodontist checkups delivered some unwelcome news.  I had braces put on in when I was in the fourth grade.  I loved them for the two years that I had them.  I loved picking different colored rubber bands each month.  I loved the extra attention each month gave me when I got them tightened and needed to take some Tylenol for mouth pain. I loved finally getting them off at the beginning of sixth grade and having perfectly straight teeth.  My doctor gave me a retainer and told me to wear it. I didn’t wear it.   In the middle of seventh grade, my orthodontist put the braces back on.   So in addition to already feeling self conscious, I now had a smile that I wasn’t thrilled about.  Most of my photos from that age look like this: Or this: Now that I have kids I think about how my husband and I will handle teeth straightening for them… and I know they will need it.  Thankfully, there are options now that require no metal mouth.  I recently attended an event where I learned more about Invisalign, which straightens teeth without the traditional wires or brackets.  Invisalign treatment consists of a series of clear aligners, perfectly shaped to straighten your teeth, and are removable.   There is also an Invisalign made especially for pre-teens and teens called Invisalign Teen.  I remember that flossing with braces was a huge chore (and I seldom did it).  Since Invisalign Teen is removable, brushing and flossing are easy and there are no food restrictions (bring on the gum!).  As I mentioned above, I had a huge problem wearing my retainer.  I worry, as a mom, that if my daughter had Invisalign, she wouldn’t wear her aligners and I wouldn’t be able to tell.  This is actually a myth! Here’s why: Invisalign Teen aligners are made with small blue dots, officially called compliance indicators, that gradually fade as aligners are worn. It’s a quick visual check for parents and teens to confirm they wearing aligners long enough to get results. In fact, clinical data from orthodontists confirms that teens wear their aligners an average of 21 hours per day, just as recommended.  I was also surprised to find out that Invisalign Teen is covered by most dental insurance policies- just like traditional braces – up to 50% of the cost may […]

END_OF_DOCUMENT_TOKEN_TO_BE_REPLACED 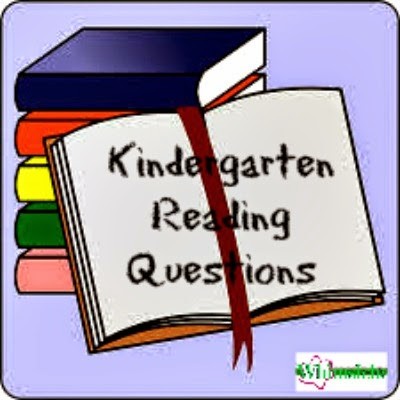 Activity 3 If you don’t have time for anything else this summer, read! READ READ READ  I can’t say it enough. The more trips you take to the library, the more likely your child is to eventually start picking out books they enjoy.  For instance, my oldest Biggie, hates to sit down for any duration of time to read.  When I take him to the library to pick his own SpongeBob books he is less reluctant to fight me on it.

END_OF_DOCUMENT_TOKEN_TO_BE_REPLACED 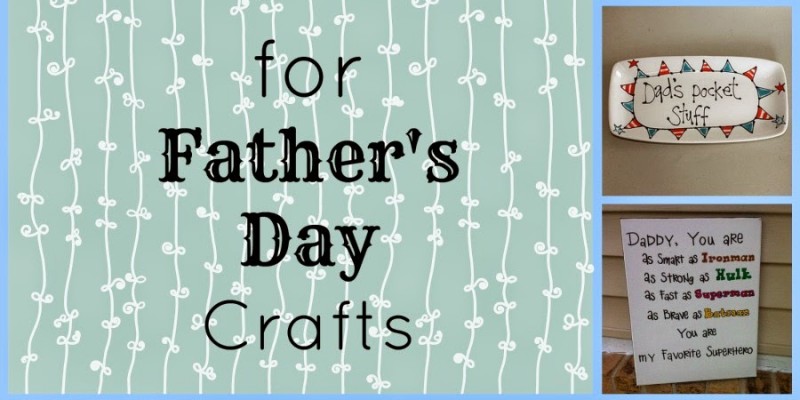 I am not one who likes to feel rushed.  Now that Mother’s Day is over (and after the spectacular job that my husband did with it), I immediately start thinking about what to do for him for Father’s Day.  Perhaps, you’re in the same boat.  Have no fear, here is a list of simple, but thoughtful crafts for your kiddos (and some for you) to make for Dad: