I yelled at my kids this morning.

I simply lost it. Usually, I’m not a yeller. I’m the one who keeps all my frustrations hidden until they insidiously eat away at me until I’m curled up in a little ball, crying on the couch.

But yelling, oh man. My kids had finally found my button.

It’s encased in the steel ball of guilt and shame about not being a great mom and not wanting to spend all my waking hours around my children.

I thought I had this one under control, but oy, I did not.

Before I tell you about this morning, know that the seed of this particular argument sprouted as soon as parent/ teacher conferences were announced at my kids’ school. In years prior, I’ve picked my daughter up from school at 11. We’ve gone to lunch with friends and then had a really relaxed day.

But, circumstances have changed.

Most of us moms are now pursuing jobs that require full-time work. So this year, I signed up my kids for the amazing after-school program, Kids Express, at their school.

They have a blast there… but, I feel a bit of guilt.

And my nine-year-old daughter knows this.

Yesterday on the car ride home, she twisted my guilt a bit further:

“Can’t you just pick us up one day?”
“Nope.” I replied, “I have to work.”
“But, isn’t Kids Express where parents put their kids when they don’t want them around?”

My hands tightened around the steering wheel. She just struck a very, VERY raw nerve.

“No, that’s not true. You’re pulling on my guilt strings here”
Silence.
“Is it working?”

I stopped the conversation right there. I thought I had heard the end of it.

All of us had slept in, so getting ready was a bit of a rush. To top it off, my daughter was still unhappy that she wasn’t getting picked up at lunchtime so she was dragging her feet.

And then, she needled her five-year-old brother until he didn’t want to stay in after-school care.

She wasn’t getting her way, so she made a power play using every means of control she had:

In a way, her methods really demonstrate her genius and creative thinking.

Now, to direct that power to good instead of evil.

Read: How to stop feeling like you’re the worst mom

How to react to manipulation 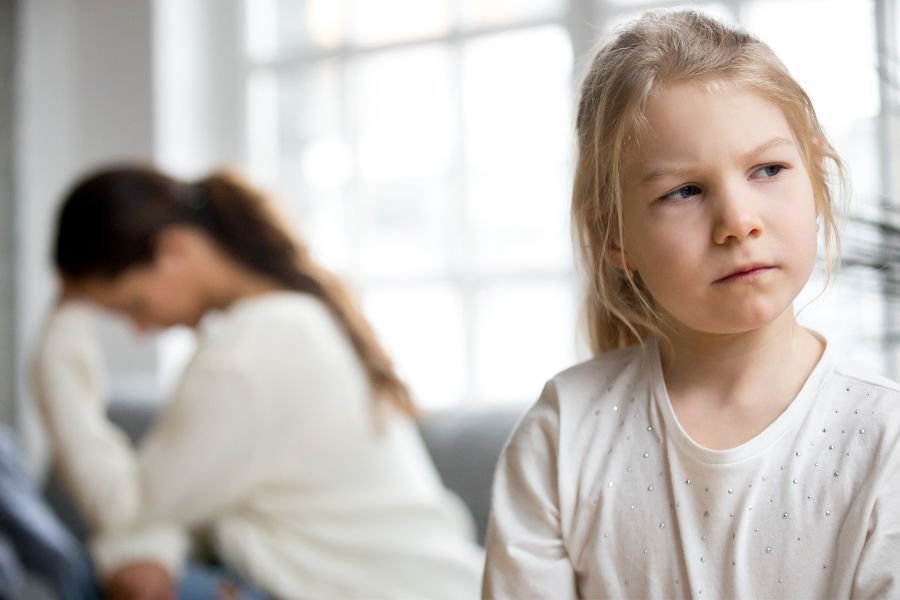 I could have handled this morning better.

After all the crying, dawdling and whining, my temper flared and I knew I had to get out of there.

In fact, my exact words were:

I beelined upstairs leaving both of them crying – as loud as they possibly could, of course – in the kitchen.

Rationally, I knew I was being manipulated, but emotionally I felt like the worst mom ever.

I went to my typical refrain:

If I had woken up earlier….

That’s what makes parenting so hard. You’re so afraid of making a mistake that you constantly question your own actions.

And that’s when our kids pounce.

They watch us. They know our exact buttons and know how they can twist and turn to get exactly what they want.

We don’t negotiate with terrorists.

You know what you’re doing as a parent. Even though it can be emotionally draining, you totally have this.

Next time it happens to you, here are your action steps:

Wait until the emotions cool down

When we or our kids get angry, neither or us are capable of rational thought. Our brain goes into flight-or-fight mode where we are so focused on our survival that we become like wild dogs, backed into a corner.

Instinctually, we want to bite anything to get out.

Child psychologists, Daniel J. Siegel, M.D., and Tina Payne Bryson, PH.D, authors of The Whole-Brain Child: 12 Revolutionary Strategies to Nurture Your Child’s Developing Mind, explain “acting before thinking is clearly a good thing when we’re in danger in some way. But acting or reacting before we think isn’t usually so good in normal, everyday situations, like when we storm from our car and yell at another parent for breaking the no-waiting rule in the car pickup circle.”

When our emotions are high, we need to wait for them to subside before we can control our actions.

In the case of my morning, my kids started screaming 20 minutes before they needed to be at school.

That’s not enough time to calm down a rioting brain.

I had to accept that this problem was not going to be resolved this morning. I packed them in the car and had to drop off my daughter with tear-filled eyes and my son refused to kiss me good-bye.

Yup, not the best morning.

Call them on the manipulative behavior 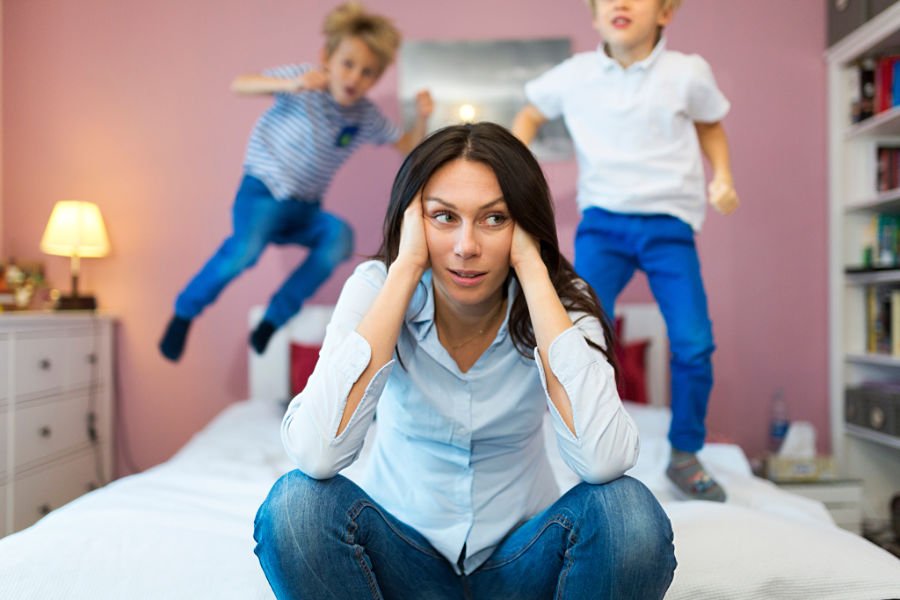 This has happened before.

I’ve learned that it takes both myself and my daughter a large amount of time to calm down. It may be the same for you and that’s completely OK.

When everyone is calm, we need to explain to our child how they used their behavior to manipulate.

All of these – while our children might explain them away as legitimate –  are manipulative behaviors that need to be addressed.

My goal when I talk to my daughter is simply to let her know what I saw and how it effected me and the family.

Because oh… I’ll tell you all… she is so very good at manipulating me and I almost broke down and agreed to pick them up early,

But that… she will never know.

Your kids are absolute experts in knowing what pushes your buttons. The next time you feel yourself being manipulated, stop and let everyone’s emotions cool down. Then, call them on the manipulative behavior for what it is.

Yes, it’s hard to see it in the moment. But helping them make the connection between their actions and how it effects other people is one of the first steps in raising empathetic human beings.

You got this mama.

Need more help with child behavior?  These are great places to start: