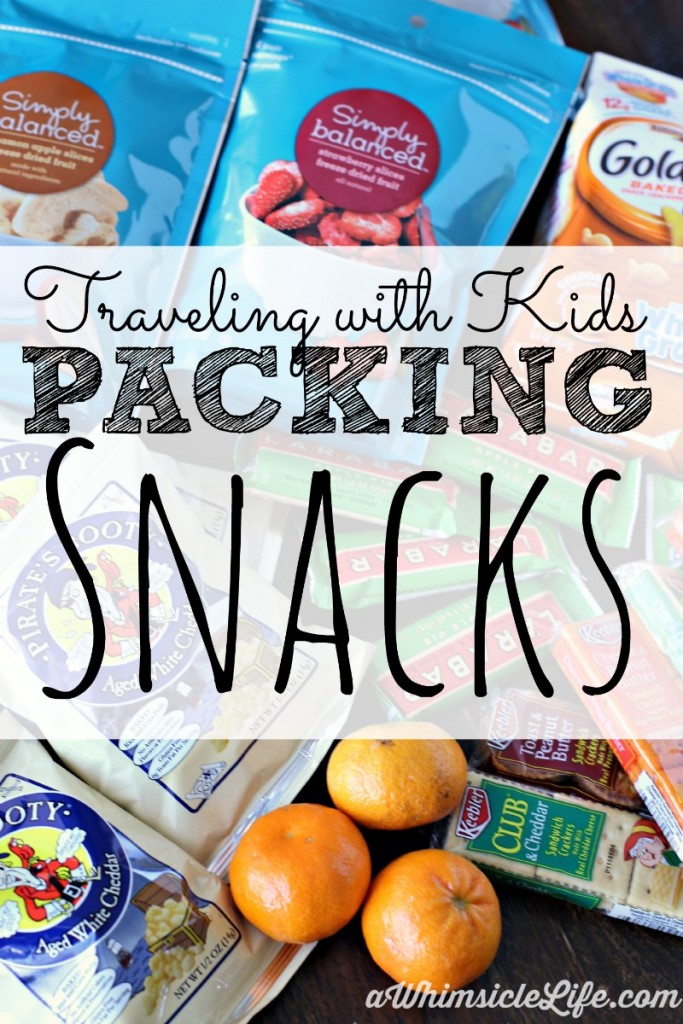 Picture this:  You’re on an airplane somewhere over Texas.  Your kids are happy as can be until one tells you that she is hungry.  Your toddler son grunts in agreement.  The problem is, you have no food on you.  Suddenly, your once happy children transform into screaming, “hangry” demons.  You begrudgingly hand over $8 to the flight attendant who gives you a box of crackers, raisins, and cheese.

I’ve learned that if my kids are eating, they’re happy.  A little bit of hunger can push a bored child over the edge.  While traveling, it is very difficult to find healthy and portable kid food.  Especially items not loaded with sugar.  I’ve found that sugar crashes are often even worse than a little bit of the “hangries.”

For our recent trip to Disney World, I made sure that I was prepared.

Notice that I packed two bags.  One for the trip there, one for the return. Overkill? I thought so.

How many #snacks do two #kids need? What else do you think I need to add for our flight to Orlando? #disneysmmc

When we landed back home in Phoenix, EVERY. SINGLE. SNACK was GONE!  Not only did this sustain us during the plane flight, but we also turned to this stash in between meals and while we were at the parks.  Packing this many travel snacks ended up saving us a ton of money.
Here’s what I packed… 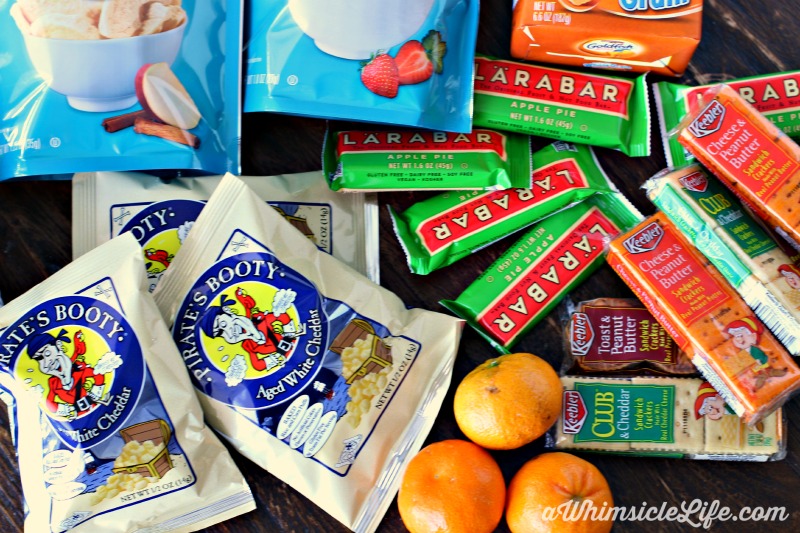 Since I relied on these to last our entire trip, I steered clear of any dairy products or quickly perishiable fruit, like bananas.

In our bag was:

Other ideas for a travel snack bag are:

But then, when packing for a toddler, you need a secret weapon…

On every plane flight, I carry along a secret weapon that my kids only get on takeoff. 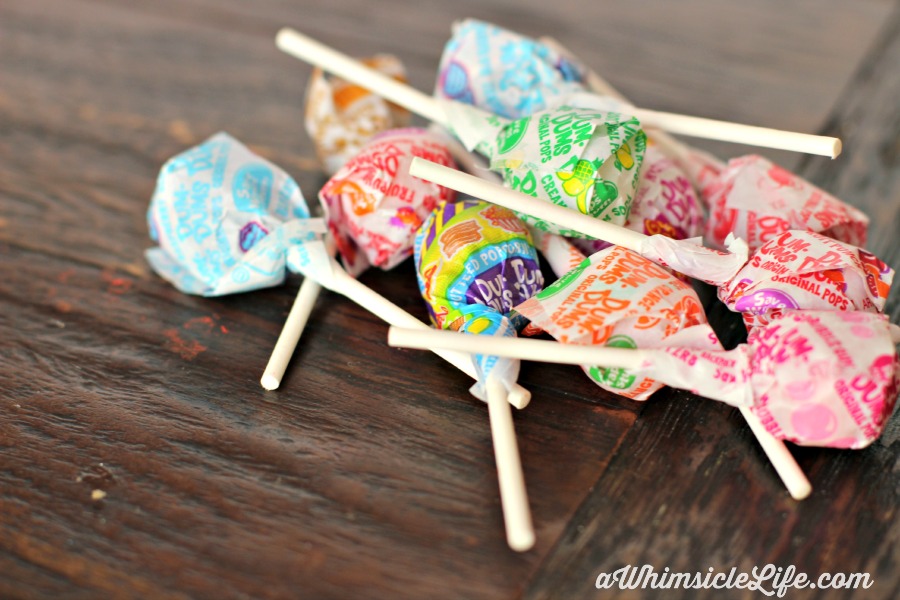 Dum Dum Lollipops!  Sucking on a lollipop helps equalize pressure between the ears to prevent those massive earaches when changing altitude.  These also worked as a bribery mechanism for the toddler to behave.  If he was out of the seat, I simply had to ask if he wanted a Dum Dum and he did anything I asked.

A word of warning on these.  For our return trip, we stored our luggage at the outside bell desk at our hotel in Disney World.  Florida is quite humid.  What I didn’t know, is that when Dum Dums are left in heat and humidity, they warp.

On takeoff, I unwrapped a Dum Dum to give to me son.  The usually perfectly round shape was a bit gloopy and distorted.  Oh well, I thought, it will still taste fine.  My son popped it into his mouth.  Seconds later, he hands me back the stick minus the hard candy at the end. Wait, Dum Dums don’t come off the stick.

I panicked that my son would choke, so I did a finger sweep of his mouth for that sucker and got it out.  All clear!  Well, no.  My son was FURIOUS that I took his candy.  He started to scream.  The jet engines roared and my son screamed louder.  He screamed for a full 10 minutes because I stole his beloved sugar.

Screaming also prevents ears from popping so it was all good in the end.

The moral.  Make sure your Dum-Dums are stored in a cool, air-conditioned location.

As long as I pack snacks, I stand a better chance of keeping my kids (and my hubby and I) happy and content.  I just need to remember to pack more than I think is reasonable, make sure to carry plastic bags and always have Dum-Dums.  Cooled, non-melted Dum-Dums.