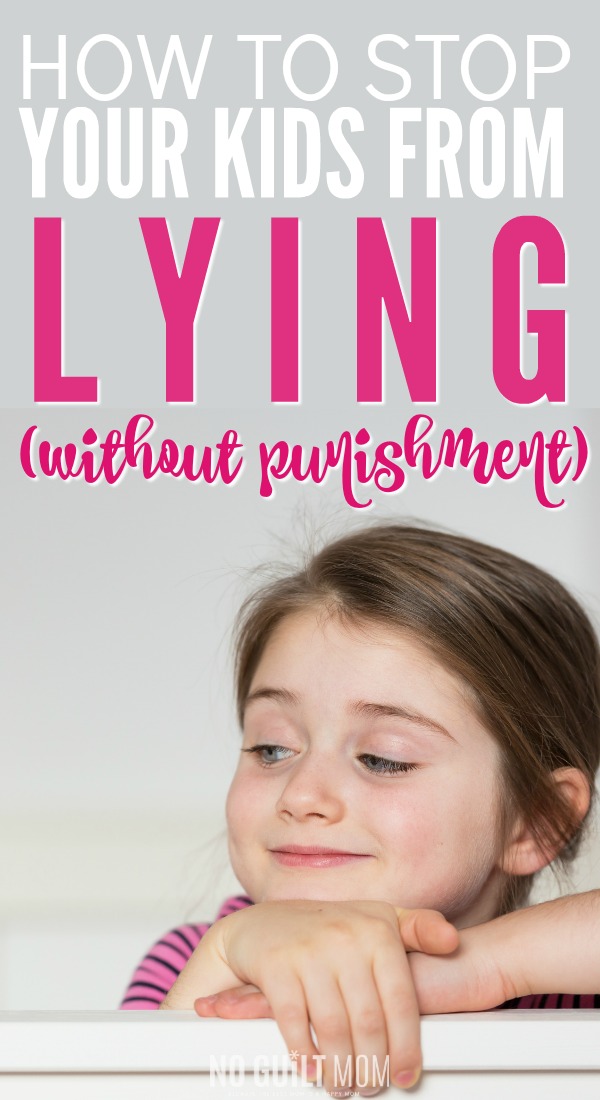 My preschool son stood in front of me, still wearing his Paw Patrol pajamas. My heart picked up pace.

Anytime my kids are sick, a solid steel ball forms in my stomach.

And also, the point I’m less likely to admit:

Am I bad mom sending my child to school when he says he is sick?

If we’re being truthful with each other, that little nugget of guilt always gnaws at me.

But here’s the rub, he has been sniffling for about a week now and he’s had no other signs of illness, so this one confuses me.

“But Mommy… why? I’m sick!” He walks over to our brown living room couch and plops face down.

I walk over to feel his forehead.

Fast forward to him watching “Nature Cat” for 2 hours and then doing acrobatic stunts while I’m on a video conference call.

That’s when I turn to him.

“Hey, I thought you were sick.”

What do you do when you find out your child lied?

That boy had me good. If he’s this good a faking sick at 4, I have my work cut out for me.

Now. how do I handle this situation?

As much as I wanted to say, “No one will like you if you’re a liar,” I bit my tongue.

In every child development book I’ve read, you always need to condemn the action and not the child.

My son could see I was mad. “Mommy, are we going to talk about this when you’re not mad.”

Teach them why lying hurts

I wish I could simply tell my son that lying is bad and then he stops.

But, no. I need this to stick.

YouTube. YouTube can save me on this one. I did a quick search for “The Boy Who Cried Wolf” and found this short children’s video.

Yes, I thought, now he’ll see the repercussions of his lying. That wolf is going to eat those sheep.  (Ok.  I was still mad)

The wolf didn’t eat the sheep.

In fact, the boy defeated the wolf by hiding behind a rock and bopping him over the head with a picnic basket.

I am not kidding

Disappointing ending aside, I was able to get one thing across in that portrayal of the story.

When the boy was bored and first called, “WOLF!!” i paused it.

Me: “Why did the boy call Wolf?”
Son: “Because he was bored and thought it would be funny.”

We watched some more. I paused it again.

Me: “Look at those villager’s faces. How do you think they feel?”
Son: “They look worried.”

Me: “Why do you think the villagers aren’t coming to rescue the boy this time?”
Son: “They don’t believe him.”

BINGO! Now we got it.

Me: “That’s why lying hurts. When you told me you were sick, I was worried about you. Then. when I found out you lied, it made me mad. Next time, you say you are sick, I’ll have a hard time believing you.
Son: “I’m sorry.”

Daniel Coyle, author of the Culture Code, found that successful businesses tend to over communicate their priorities.

The same goes for parenting – which means that the lying episode was not a one-and-done lesson.

When I saw my husband, I turned to my son, “Hey, you should tell Daddy what we talked about today.”

When we picked up my daughter from school,

I over communicated one of our core family values: we don’t lie. (And it was also personally satisfying)

Maybe, I went a little overboard. This morning he asked me,

“Mommy, can we not tell Mr. Mike (his teacher) what we talked about?”

Ya, you’ve been through enough.

There is no consequence or punishment that will ever stop a child from lying.

As parents, the best we can do is to make them aware of how other people feel being lied to and then have them explain the consequences of lying again and again.

Pretty soon, they’ll internalize it into one of their personal values.

Need to navigate more tricky parenting issues?  Have I got the post for you!