No doubt that parenting is a tough job.  We have to say “No” to a lot of things in order for our kids to grow up as respectable people.  But when you find yourself saying “no” repeatedly to the same question, asking for stuff, you know that something needs to change.  Here is how we transformed every trip to Target from begging and no’s up the aisles to a once again pleasant experience. 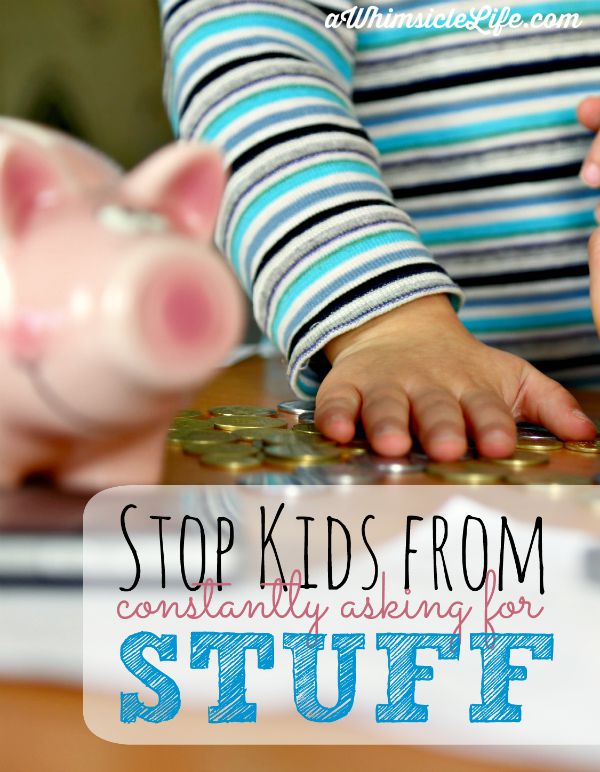 Without fail, within 5 minutes of walking into Target’s front doors, our six-year-old daughter started asking us to buy her items from the shelves.

“OOh… Hello Kitty chapstick.. can I get this?”

“But it’s not too much money”

Not true, but have you ever tried arguing with a six-year-old?  The point was as much as I stuck to my principles and said “no” my daughter just wasn’t getting the message that I wanted to teach her.  I want her to prioritize.  I want her to learn the difference between stuff that’s worthwhile and stuff that’s clutter.  “No” obviously didn’t get the point across.  Every trip to Target just became a chore where I had to steel myself against the barrage of begging that I knew would occur.

But that doesn’t happen anymore.  Here’s what we did:

Our daughter needed to better understand the value of money.  We agreed to give her $5 a week to spend on whatever she desired.

Her allowance completely changed how I reacted whenever she asked for a treat while we were shopping.  Instead of saying NO, our conversation drastically altered in tone.

“Yes!  You should definitely get a toy if you want it!  How much money do you have in your bank account?”

“I don’t have any money right now.”

“Oh… that’s too bad.  I have to make tough choices like that too when I can’t spend money on something.”

She now doesn’t pout nearly as much because all of her spending is under her control.

The first couple of weeks she cashed in her allowance right away to buy iPad games or a little trinket at Target.

We knew that we needed to shift some saving responsibility onto her shoulders.  Her birthday is in December and she has been asking for a large birthday party at Bounce-U.  We agreed as long as she paid for half of her party.

I sat down with my daughter and we researched the price of the party and how much she would need to save to afford it.  We then calculated how many weeks it would take for her to earn her half.

Let me just say, after figuring this out, that 5% interest rate is being lowered as soon as she earns her half of the party. My gosh!  I wish I had an account with a 5% interest rate compounded weekly.  Geez!

My hubby and I manage our daughter’s allowance through a spreadsheet that we share through Google Drive.  Every week, we enter the spreadsheet, input her allowance, calculate her interest and update the balance.

Some parents favor a cash system, but I prefer a spreadsheet because it allows us to implement interest easily and it accurately reflects how money is handled in today’s society.  Eventually, we will transfer more responsibility to her in terms of keeping track of money in her account and budgeting for necessities such as school lunch and clothing.

Our shopping trips are much happier now.  We no longer need to deflect constant begging.  Our daughter’s spending is now under her control.  She has her goals and knows that spending money will delay achieving her goal.  Just taking these three simple steps has improved our moods and taught our daughter more about the value of money.