Now that school’s back in session, don’t you just have the itch to get away?  Pile the kids in the car, pack some yummy snacks and hit the road.  Keep everyone happy and occupied with these easy road trip games – all that can be done with no planning ahead whatsoever. 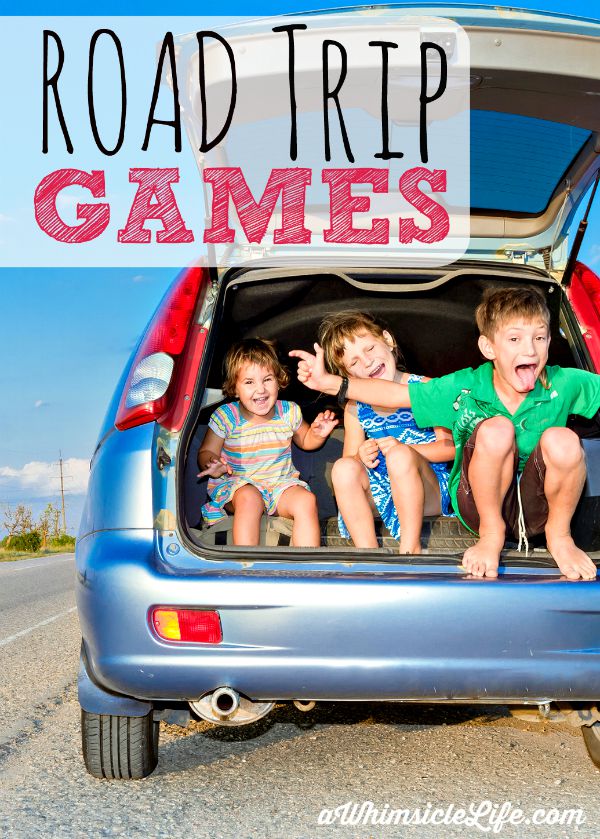 Last week, we took off to Show Low in Northern Arizona to escape the desert heat. Since we left immediately after school let out we had to be prepared.  Namely, we needed snacks, because no one is up for up for playing road trip games while “hangry.”

Snacks for the Road 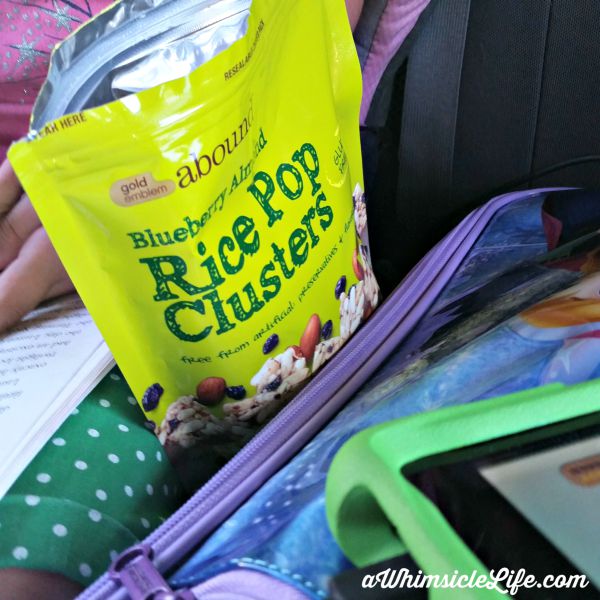 I packed a variety of our favorite CVS Gold Emblem Abound treats.  I love this brand because it uses nothing artificial and the snacks are never overly sweetened. 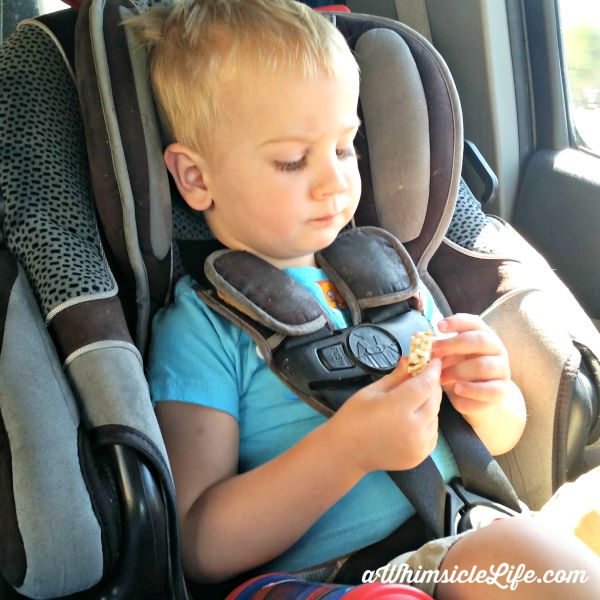 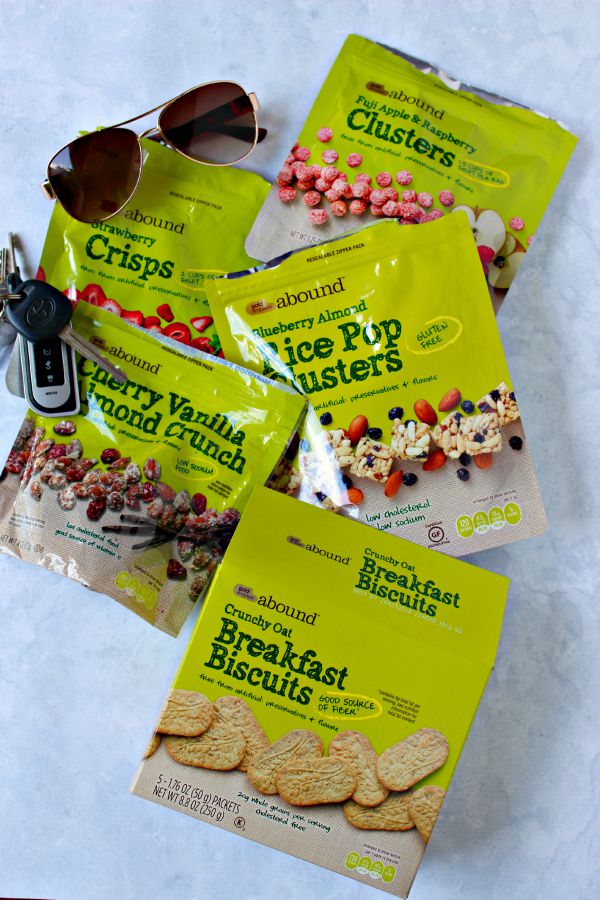 Why am I always so surprised while packing snacks for my family?  I honestly thought this would last us the 3-hour trip there and provide us with sustenance for our drive back.  Nope.  We finished all of this going one way.

So what else do we do to keep our family happy in the car?  Tons of road trip games.  My six-year-old daughter is now at an awesome age where she can play more games with us. Here are our favorites as well as some favorites suggested by my friends.

Ask your preschooler to name 3-5 things they might see out the window on the trip.  Write these on a piece of paper and draw a basic picture next to each object.  Hand this list to your child and let her search. If you would like to plan ahead, you can find a printable road trip scavenger hunt here.

Can be the best game ever or the most infuriating game ever. In this game, the “spy” finds something and names its color for the other players. For example, “I spy with my little eyes something green.”  The other players then guess everything they see that’s green that may be what the “spy” is thinking of.  On road trips, I like to keep this game to objects inside the car.  Outside the car gets a little tricky

I used to play this one with my mom on road trips.  While driving through New Mexico, we each chose a side of the road and tallied up the number of cows that appeared on each side.  This game can be adjusted depending on the age of your child.  My friend Mike likes to pick something that his three-year-old daughter likes, for instance, McDonalds, and then count those.  He even gives her a tally sheet to work on fine motor skills at the same time.

Games for Grade Schoolers & Up

One player thinks of a word and gives the other players the first letter.  The other players than try to stump that person with questions where the answer is a word that starts with that same letter.  For instance, if I said my word starts with “m”.  You could then ask, “Is it something that likes bananas?” To which I could answer, “No, it is not a minion. ”

The game progresses when I can’t think of an answer to your question beginning with the same letter.  Than I give you the next letter of my word.  So say I give the next letter as “o”.  You now need to think of questions where the answer starts with “m-o”.

Eventually either you give up or guess the word when enough letters have been revealed.

Name any category and players take turns listing items from the category. For example, if you say “candy bars,”  other players will list one candy bar at a time.  You are out if you repeat a candy bar someone else has said or you can’t think of another candy bar.  Some of our favorite categories are breakfast cereals, tv shows, movies, books and Disney Princesses.

Play this as a cooperative game with the family working towards the goal of finding objects or road signs for every letter of the alphabet.  You can also take turns if you want to mix it up a bit.  Start with ‘a’ and name an object you see on the road or in the car that starts with the letter ‘a’.  Then go to ‘b’ and continue from there.

List out all of the States in our nation and cross off each state when you see the license plate.  If you would like to plan ahead for this game, you can find a printable version here.

The object of this game is to take turns counting by 1’s until someone messes up.  Here’s the catch.  If the number is a multiple of 7, you say buzz instead of the number.  Every number that is a multiple of 5 say, bizz. As an example, pretend that there are three players playing: red, blue and green.  A game would go like this: 1, 2, 3, 4, bizz, 6, buzz, 8, 9, bizz

Think of a word longer than three letters and say the first letter.  Another player then says the next letter that would also make a word.  The object of the game is not to be the person to say the last letter in a word.  So if I say T, You say R, I say E, You say E.  You lost because you finished the spelling of “TREE”.  You get “one-third a ghost.”  The first person who gets “three-thirds a ghost” loses.

These games are guaranteed to keep your family entertained on your next road trip!

Now, all you need to do it get stocked up with snacks.  Enter to win a $50 gift card from CVS.  I will draw the winner on Thursday September 3rd!