How do you teach kids empathy – especially, when they don’t know how to recognize others feelings? Here are four activities that will help you start the conversation. 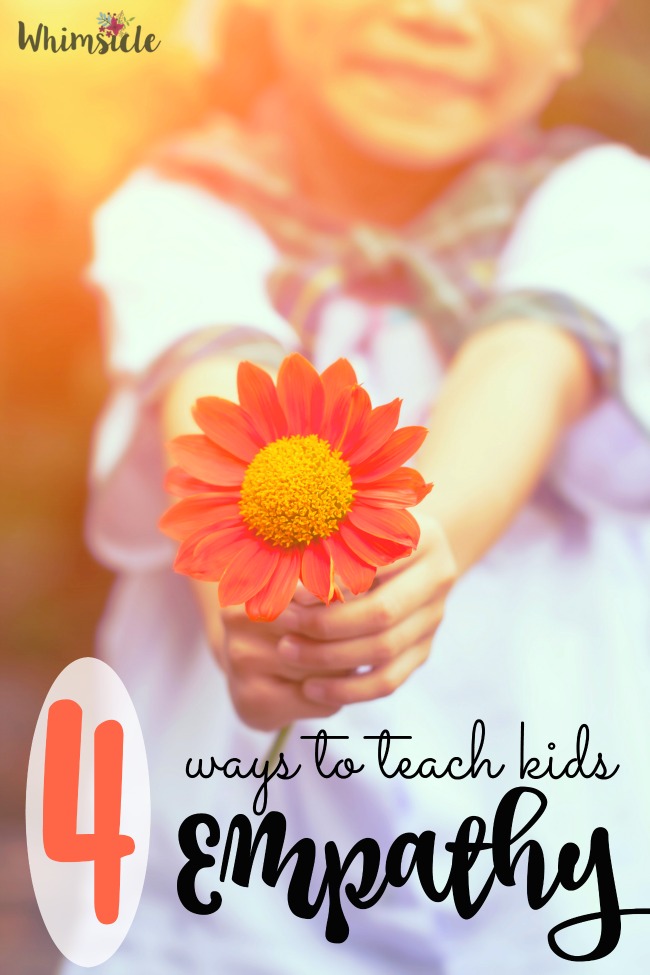 After school each day, my seven-year-old daughter sits in “her office” (a corner of the living room) and starts her homework. One afternoon, when she asked for my help on her math worksheet, I pulled up a chair and sat down beside her.

Let me rephrase that.   I left my two-year-old son at the kitchen table, pulled up a chair and sat down beside her.   That part is important because not one minute after sitting down, my two-year-old wandered over to investigate.

As I was explaining fractional groups, my son slapped his hand down on the homework sheet and then started to laugh.

“No,” I said as I grabbed his hand and looked into his eyes, “Stop.”

If that worked on my two-year-old, parenting would be so much easier.  He slapped the paper again, then picked up a pencil and threw it across the room – all while laughing.  My shoulders drooped.  The corners of my mouth slumped.  My daughter then asked her brother to stop.

He took that as a cue to throw her eraser across the room.

Two-year-olds do not have empathy.

Empathy is a skill where kids learn to recognize other people’s emotions and then change their behavior accordingly.  Kids don’t fully start to understand the emotions of other’s until they are six or seven. However, kids as young as two start developing empathy by learning to name emotions.  Preschoolers on up can be helped along in their understanding by learning more complex feelings and the facial expressions that accompany them.

What activities can you use to teach empathy?  Happy Heart Kid has  an awesome box (affiliate) filled with four activities that will help your children develop this character trait. 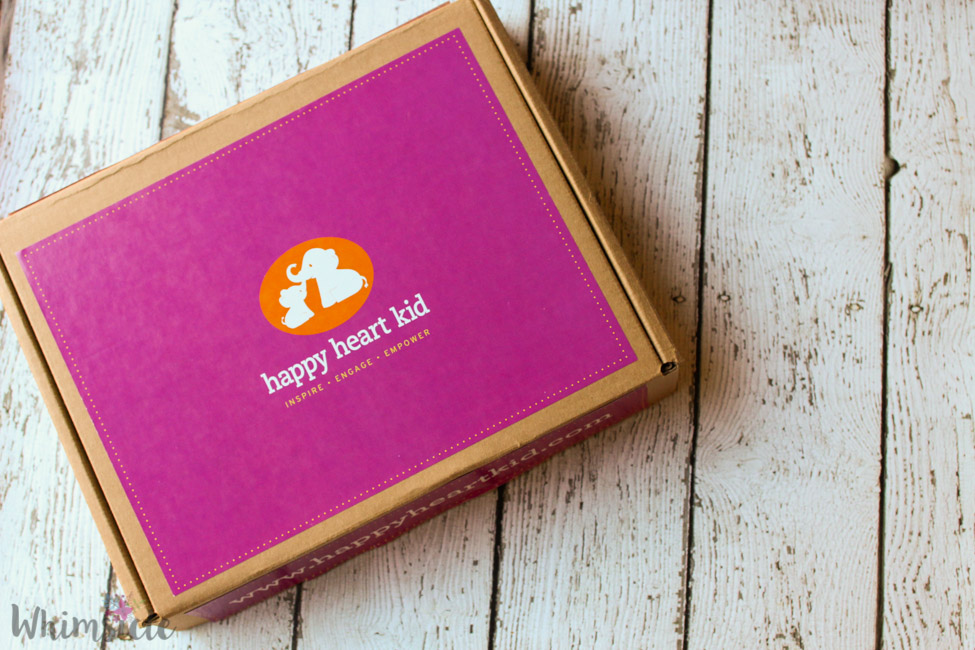 The empathy box comes with every supply needed for each activity along with instructions and questions you can use to talk with your kids.

We started with the story activity book.  First, we read a simple story about an elephant named Caleb who encountered a mean kid at the playground.  The story does not offer a solution for Caleb, but rather asks lots of questions to explore this topic with kids.

Not only do you start teaching your child what the word empathy means with this storybook, but you also find out how your child would react in such a situation.  My daughter told me the best thing to do would be to simply walk away.

My daughter told me the best thing to do would be to simply walk away.  I have to agree, that’s probably how I would handle it too.

Like all people, kids do not learn a word if only exposed to it once.  They need multiple interactions to fully grasp its meaning.

That means my husband and I need to use the word a lot – something that is easy to forget.

The second activity in the Happy Heart Kid Empathy box (affiliate) is designing a magnet for the refrigerator.  This magnet now serves as a helpful reminder for all of us to use the word “empathy.” 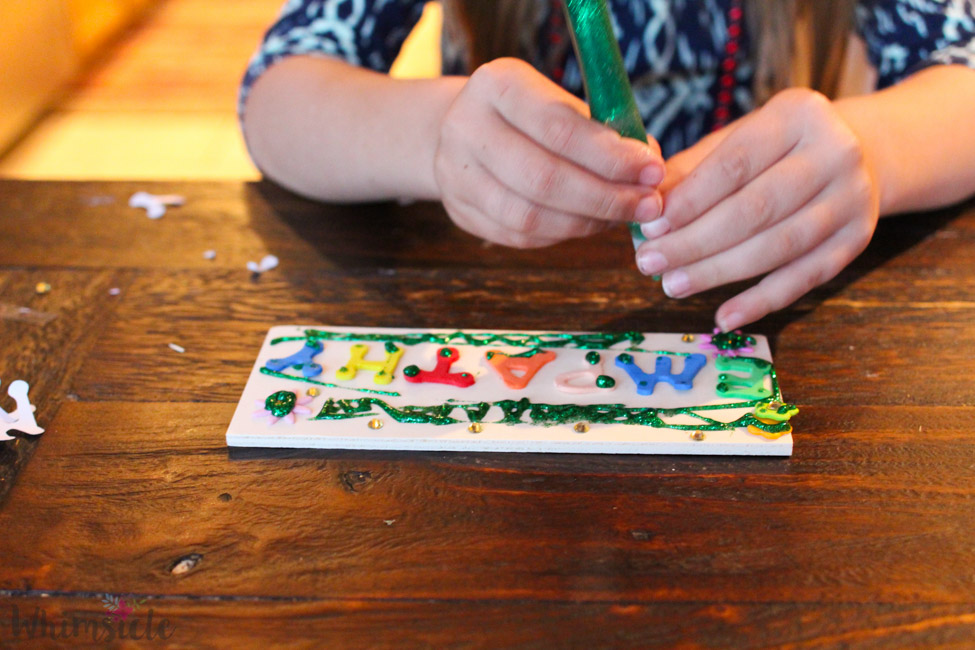 My daughter loves all art projects.  She really enjoyed putting her personal artistic touch on the magnet.

When I think about faces and emotions, I think about the mouth.  Is it a smile?  A frown?  A wide-open surprised “O”?   However, an emotion can also be seen in the eyes and the eyebrows.

I thought my seven-year-old daughter could recognize and duplicate facial expressions pretty well.  This third activity in the empathy kit surprised me.  It showed me her understanding now and taught her about the nuances of facial expressions.

This activity holds a pack of cards. Each card has a sentence on it such as, “I feel _____ when I miss my friend”  The child glues on a precut foam face, googly eyes and then adds eyebrow expression with markers and forms a mouth with clay to match the emotion depicted by the sentence.

To help my daughter figure out appropriate facial expressions, I had her sit in front of a mirror so that she could study her own face while she replicated that feeling. 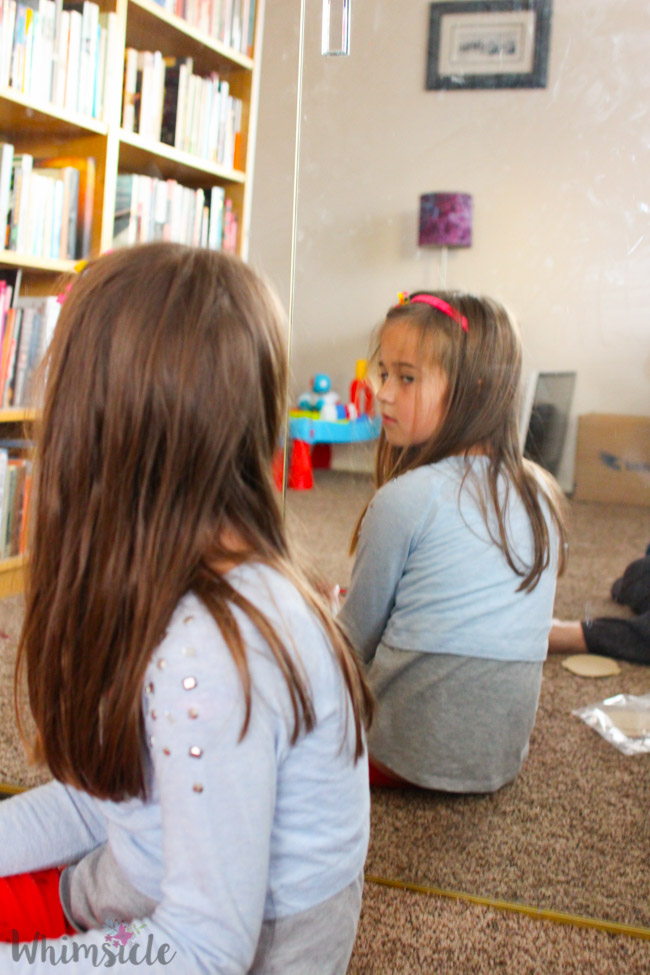 Seeing her face in the mirror made it easier for her to duplicate that emotion on her card. 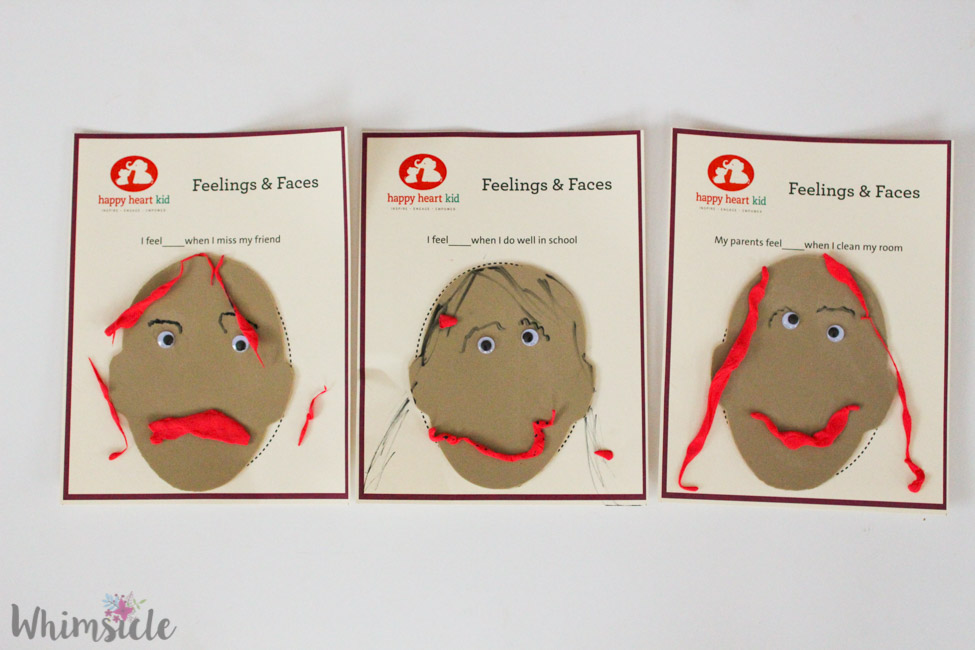 We then played a short game, as suggested in the activity, of having each other guess which emotion we were acting out.

My daughter stumped me with her first emotion:

Sassy.  I should have seen that one coming.

Ask your kids this question right now and tell me in the comments what they say.

When would you give someone flowers?

My daughter couldn’t tell me.  She said that her friends wouldn’t like flowers so why give anyone flowers?  I was shocked as I thought this was just something she knew.

The final activity is making a craft of felt flowers to give to a loved one or friend. 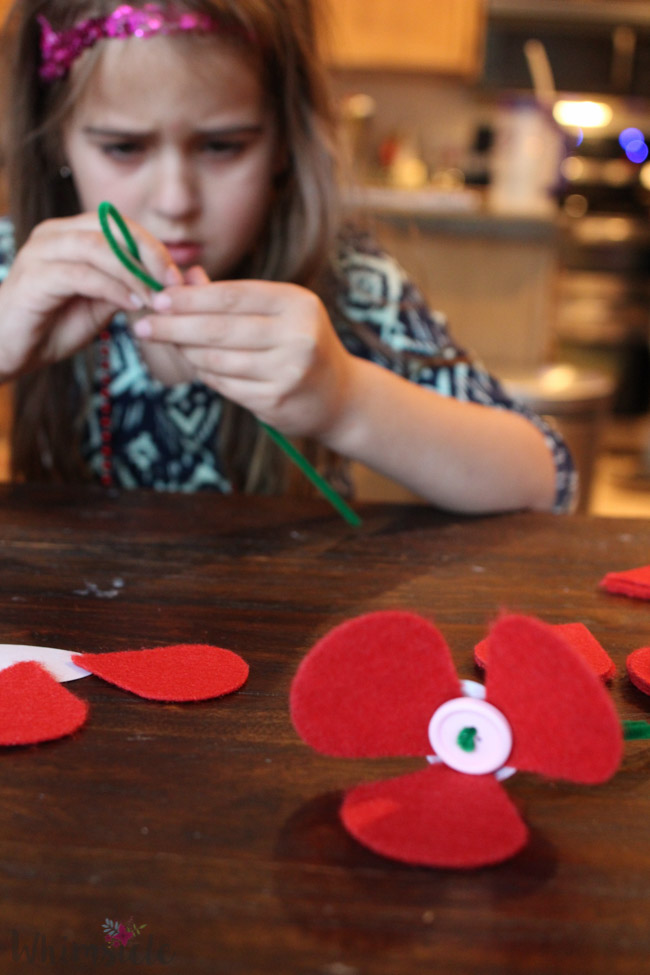 After completing this kit, “empathy” is now a household word.  My daughter uses it now to describe her brother when he completely ignores her feelings.  I use it as well.  Now instead of saying, “Your brother is two.  He doesn’t know any better.” I now say, “Yep, he has little empathy.”

Teach Kids Feelings: 2 Activities You Can Do With Your Child