You are ready to lose your mind. These temper tantrums are driving you crazy!

I’ve been there!  Here is the simple method that we started using on our kids. 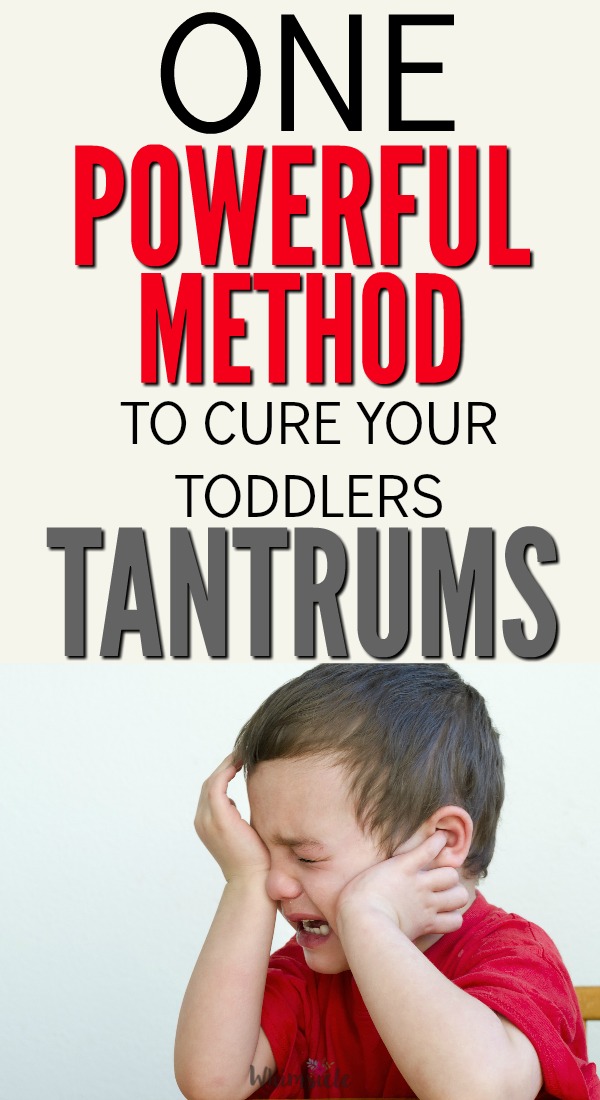 You just came in from outside when your child points to the back door again.  “No,” you respond, “We just went outside.”

Or maybe, they are a little older.  You offer your son a granola bar for snack time.  “No,” he replies, “Let’s see what else we have.”  He saunters over to the snack cupboard and yanks on the door.  But you installed child locks on the doors, Go you.

Your three-year-old throws himself down on the tile floor.  You’ve obviously struck a mortal blow.

You want to yell, too.  In fact, it would be even better if you could grab a glass of wine right now and lock yourself in your bedroom.  But “no,” you tell yourself, “must parent.”

What if I told you that you could fix these temper tantrums by telling your child one sentence and leaving the room.  No, seriously, it’s that easy.  Using this trick, I’ve reduced the amount of temper tantrums my son has from 1-3 per day to 1-3 per week.

This only works if you are at home.  If you need a strategy for toddler tantrums in public, click here.

However, if you want it to work, know that:

Kneel down to your screaming child.  Try to match his emotion as you say,

“YOU ARE MAD!  MAD! MAD!  But sweetie, your screaming hurts Mommy’s ears.  I love you, but I’m going in the other room.  Come find me when you stop screaming.”

Hahahahaha… and if you have a screaming child, you’ll know why I laugh.  Nothing is ever easy when you have a child prone to temper tantrums.  Everything is a crisis.  You heart hammers out of your chest just anticipating the next outburst.

The trick to this is staying strong and seeing it through.

When Your Child Follows You Room To Room Screaming

Have you ever seen the movie “Inside Out?”

“Oh, I’ll show you attitude, old man!” roars Anger at the dinner table.  I see children’s emotions during a temper tantrum a lot like that scene.  Anger has all the controls with no room left for any other emotion.

The first time I tried this technique on my son, he followed me out of the room screaming even louder.

At that point, I couldn’t ignore him.  He directly disobeyed a direct request from me.  I asked him to come to me WHEN he stopped screaming.  He still screamed, so I put him in time out.

He was three at the time, so I set the timer for 3 minutes and asked him to sit in the corner.  I have to watch my son when in the corner.  I’ve tried leaving him alone, but as soon as I left the room, he would crawl out and start playing the piano.

When the timer beeps, we talk.  It’s always the same conversation.  I ask him,

I screamed at you.

“What will you do next time?”

Then, all is forgiven until the next incident.

Just because your child is in elementary school, doesn’t mean the moody kid behavior stops.   These tantrums tend to annoy us more as parents because we think our kids should know better.  But, they don’t.  Six to ten-year-old emotions can get out of control if they are hungry, tired or if they are used to you caving when they have a tantrum.

I tend to “give in” if I have a work deadline. My kids know that is THE TIME to ask me for something I would usually deny.

I need to work on that.

Grade schoolers having temper tantrums need to be taught how to gain control of their emotions.  I do this by telling my daughter to go cool down in her room.  She is not allowed to come out until she is ready to talk about the situation in a calm voice.

This takes a long time.  When we first started it, my daughter stayed in her room for two hours.  That’s ok.

I wanted to go in and apologize for making her go to her room. LOL, it sounds silly when I write it, but truthfully I have to fight the urge each and every time.  Guilt gnaws at me as a parent.

If I’m going to teach my daughter how to behave rationally, I have to wait until she (and I) have control of our emotions.

We just repeat this sequence.

Eventually, you won’t need the time out.  They will listen to you the first time you leave the room and won’t find you again until they’ve stopped screaming.

That day, you will feel as if you came in first in a race.  You limped across the finish line, battered and bruised, but damn it, you did it and it was worth it!

I’ll be cheering you on through your parenting marathon.

You know you want to stay… 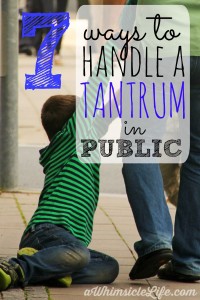 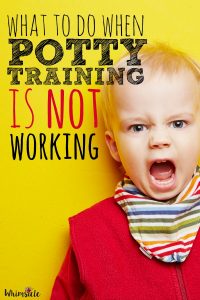