Home » Parenting » 3 Questions to Ask the Pediatrician
Pin210
Share34
Tweet
244 Shares
When I was expecting my first child, I had no idea what having a newborn would be like.  I knew I wanted to breastfeed.  I knew I wanted my baby to sleep.  That’s about it.  I wish I had known these 3 questions to ask the pediatrician before my baby was born. 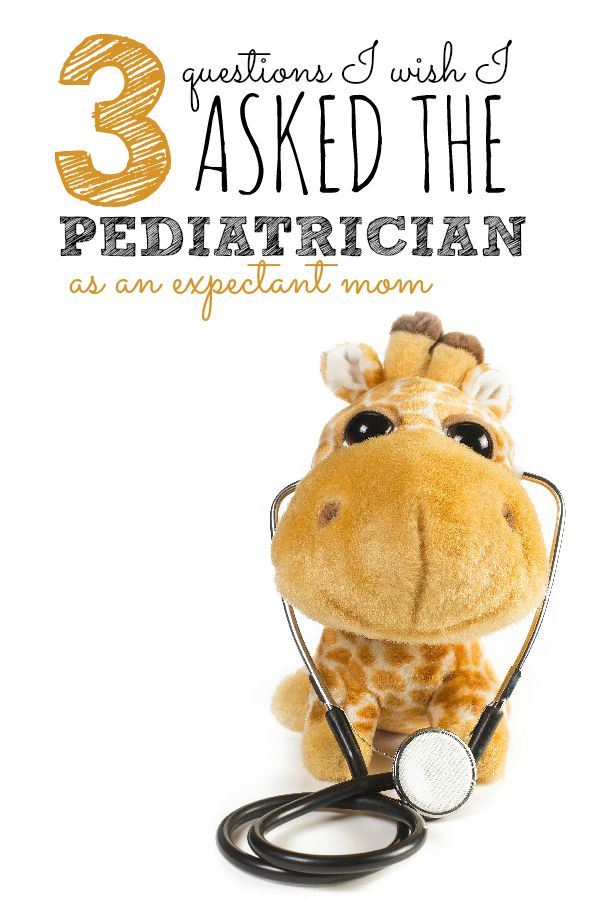 I expected all doctors and medical professionals to be the same – with the same set of beliefs and core knowledge – but that simply wasn’t the case. My first born ended up being a great sleeper, however breastfeeding was an abysmal failure.  I hated it.  I wanted to do it in theory, but I didn’t know what else I could do.  I quit and switched to the bottle after one month.  My happiness returned and life was awesome!

With my second child, I did a little more research.  I enrolled in a Bradley childbirth class where I also learned a lot about breastfeeding.  Through that class, I met a group of amazing women who formed my support system through the first challenging months.  I also switched pediatricians.

Based on my experience,  here are three questions that I wish I would have asked while searching for a pediatrician five years ago.  They go beyond the typical interview questions and are more directly aligned to two of my goals: breastfeeding and baby sleep.

How soon do you expect a baby to return to its birth weight? What do you do if they are not back to their birth weight by that time?

After babies are born, most drop weight.  This is completely normal.  Many doctors operate under the assumption that babies should gain weight at 1/2 ounce per day and be back to their birth weight by the time they are 2 weeks old.  This was one of my biggest stressors as a new parent – especially since I wanted to breastfeed.  Since I was my child’s sole source of food, I constantly worried about him getting enough.  My son was a big baby and dropped a pound after he was born.  When he was three days old, we brought him to our pediatrician, placed him on the scale and found he had only gained 5 oz back.  The nurse was very quiet and told us the doctor would come in to speak with us.

I was a nervous wreck.  Not only did I feel that I was harming my baby with my decision to breastfeed, but I also felt that the doctor didn’t acknowledge the fact that my baby looked healthy in terms of skin tone and appearance, had an acceptable number of wet diapers a day and wasn’t acting hungry in any way.  She recommended a weight check in another 2 days and then would decide if we needed to supplement with formula.

I did my research about breastfeeding as well as the behavior of c-section babies after birth.  Some drop weigh because of the amount of fluid in their body at delivery due to the mother’s IV.  Some don’t eat much because a tiny amount of the mom’s pain medication slips in through the breast milk, making the baby sleepier than normal.  My pediatrician wouldn’t entertain any of those ideas.  So, I switched pediatricians to one who was known to be more knowledgeable about breastfeeding.   The new pediatrician listened to me, said my son’s weight gain was acceptable even though it wasn’t the customary 1/2 ounce a day and I was a much happier parent.

What percentage of the babies in your care are exclusively breastfed at 6 weeks? 6 months?

Breastfeeding is not the goal of every new mom, but I know many who have tried and given up within the first month (including me with my first).  This question will really give you an insight into how supportive the practice is of breastfeeding.  Many doctors will say, yes they support breastfeeding, but don’t provide the resources to make moms successful simply due to the lack of their own knowledge about breastfeeding.  When I switched pediatricians, I went to a practice where the head doctor was also a certified lactation consultant.  In addition, they had their own lactation consultant in the office.  A lactation consultant is a certified expert in breastfeeding and can meet with new moms and their babies to fix any problems that may arise.  I met with the in-office lactation consultant with Dude simply to make sure I was doing everything right.  I needed the reassurance for my own sanity.  She told me I was, gave me a few helpful hints to make things easier and gave me her number that I could call at anytime if I had questions.  I needed that.

How do you recommend parents get their babies to sleep?

There are so many ways to get a baby to sleep and in-truth it depends on two things: the baby and the parent.  My daughter slept through the night at 3 months and was practically a perfect sleeper in every way.  My son is still sleeping in our bed at 11 months and wakes up several times a night.  If I let him cry, he screams non-stop for an hour or more.  Screams!

With this question, I would look for a pediatrician who is flexible.  If I want to co-sleep with my child, is my pediatrician supportive?  My current pediatrician is not and I lie to her every time she asks if he sleeps in his own crib.  Its something that I don’t care to debate, nor do I think it is a big enough deal to switch pediatricians over.  However, it would be nicer if they supported my decision.

What questions do you wish you asked your child’s pediatrician?