Stargazing with kids is a spectacular event.  Here’s where to find it in the Phoenix area and how to get the most out of it. 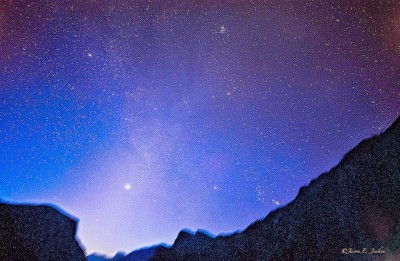 The Phoenix sky didn’t quite look like that on Saturday evening, but we still had a lot of fun at this event.

After following night-glo signs pointing to Stargazing, we pulled into the Usery Mountain Regional Park parking lot at 7:10 PM on Saturday.  My daughter was super excited to look at the stars through telescopes.  The sky had been overcast all afternoon, but out in East Mesa, away from the most glaring city lights, I could spy a few stars poking through the clouds. 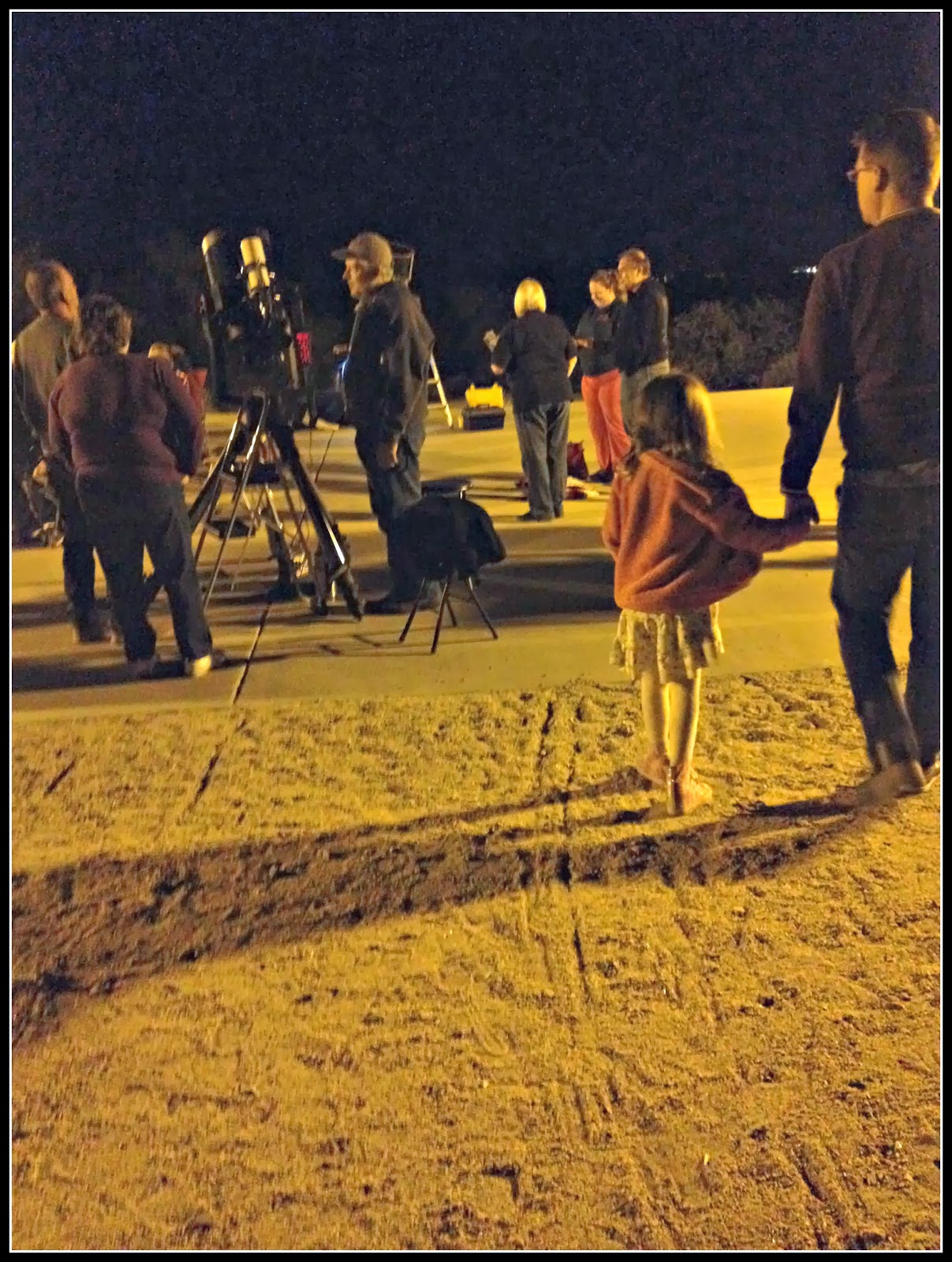 The Stargazing event is free.  Our only cost was the $6 per car fee that we paid to get into the park.  This company, Stargazing for Everyone, hosts multiple programs in many of the Phoenix regional parks.  Tonight, there were five telescopes set up at one of the picnic areas at Usery.

We brought our own chairs for the presentation.  At first we were worried about being too early, however, this event was pretty packed for a cloudy Saturday night. 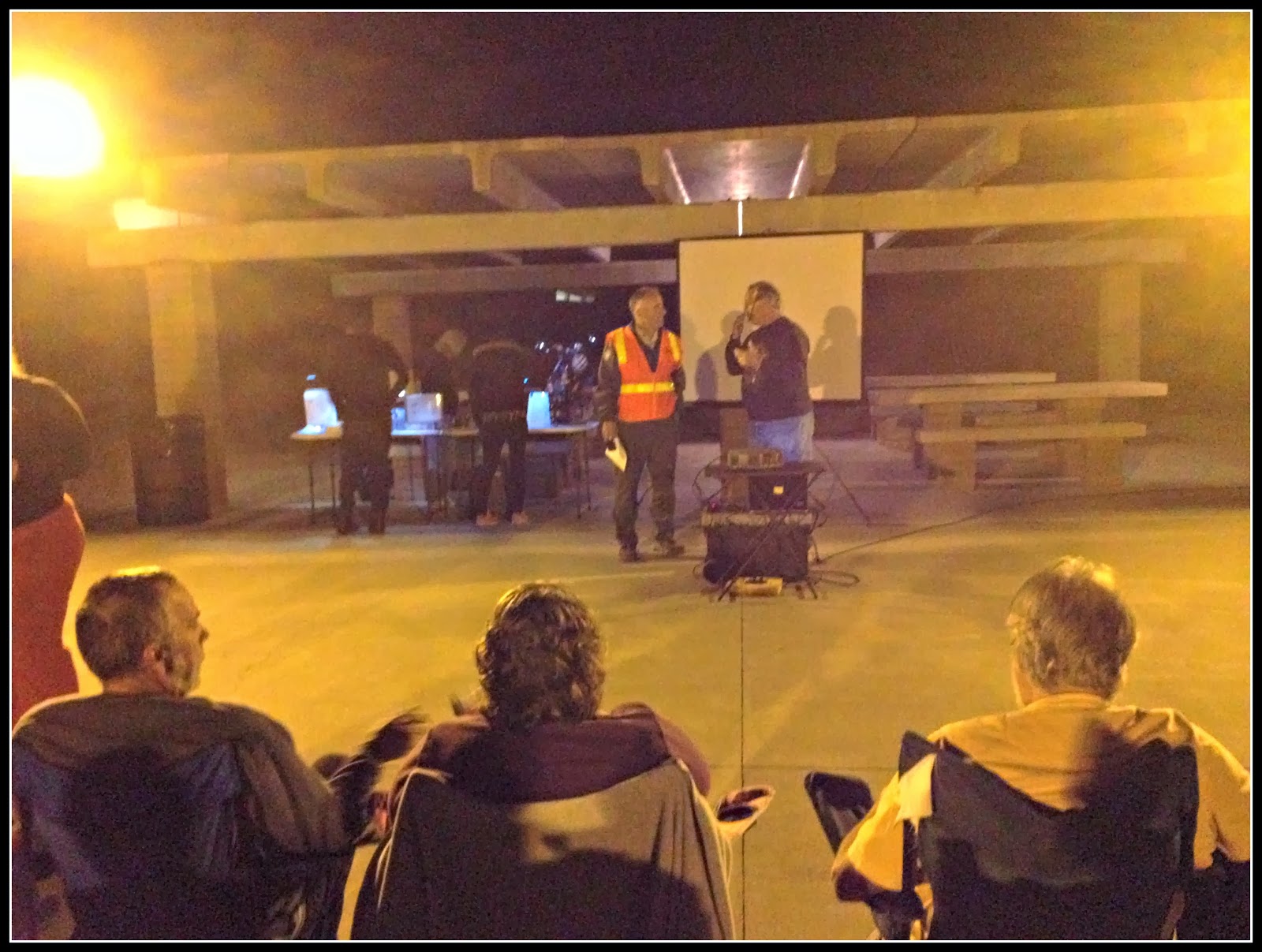 After a quick talk from Ranger B. about the variety of programs offered at Usery (there are a ton!), our host, Tony La Conte, gave us a quick rundown of upcoming space events.  There is a lunar eclipse on April 14 starting at 9:55 PM.  Following this, Cam asked if she could stay up late to see it My husband answered, “Of course you can stay up late for Science.”

Tony also described cool phenomenon such as the Grand Moon Illusion.   This happens when you see the moon first coming up over the horizon.  It looks large and orange, but when you go to photograph this spectacular moon, you get this:

INSERT HARVEST MOON OLIVE TREESFascinating stuff!  The presentation was also cool, because each time Tony talked about a star, he used a laser pointer to point to that exact star.  A thin, clear beam of light extended from his hand to the sky.  It was as if we were in a giant planetarium and the stars were within our reach because the teacher could just reach up and touch them.  Fun with lasers? Yes.  Lasers are cool though.  Following the presentation, we queued up at each of the telescopes to see Jupiter, Betelgeuse and the Six Sisters.  Jupiter was the most fascinating because you could see four of Jupiter’s moons in the shot.  In fact, one of the moons, Europa, was eclipsing Jupiter which was evident by a very small, black dot on the massive planet.My husband and daughter drew pictures of what they saw through the telescope on my husband’s tablet. 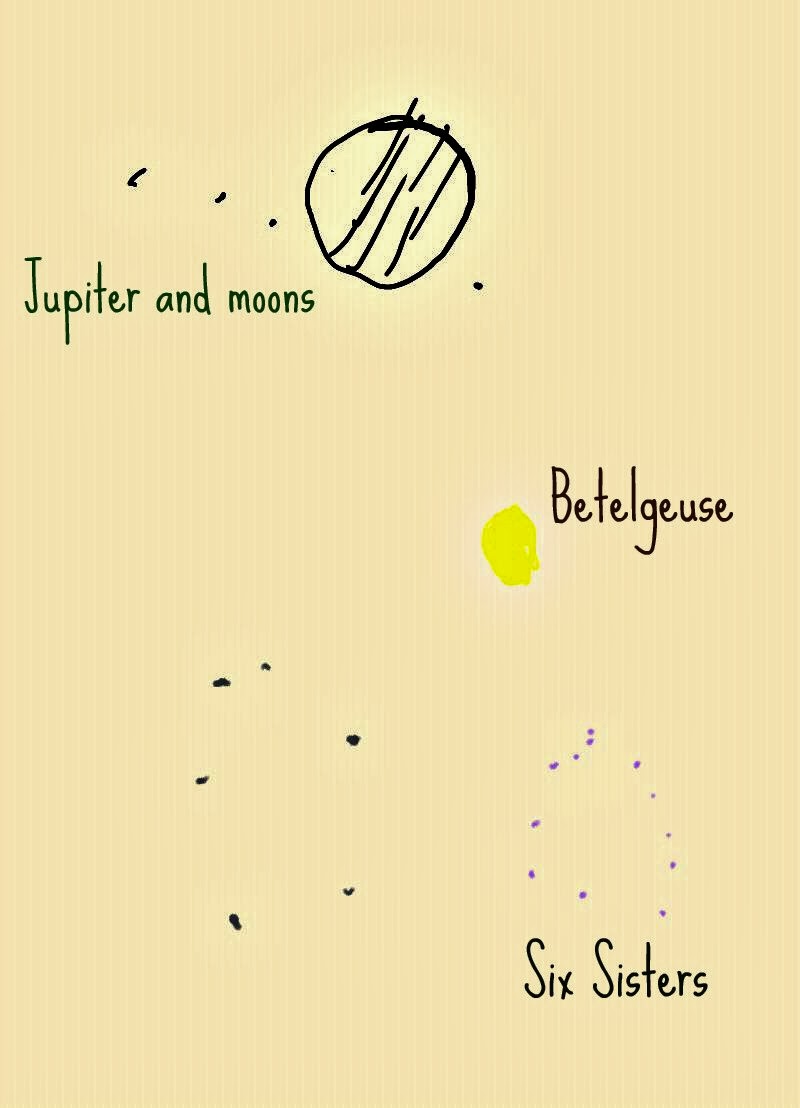 We finished with the program around 9PM. A few helpful hints if you plan to attend one of these stargazing events:

Check out http://www.stargazingforeveryone.com/ for upcoming stargazing events in the Phoenix area.