(FYI:  I have some affiliate links in this post to Amazon.  Buying from my link helps support me and the blog.  Thank you!)

I thought we were the world’s best parents.  Our daughter, Llama, slept through the night by the time she reached 6 months old and napped three times a day in her crib. Polish those super parent medals and hand them over, because we knew everything there was about getting a baby to sleep.

And then, when my son came along, my husband and I chucked those medals into the garbage disposal.

I missed my personal space.  I missed taking regular showers.  The smell of spit up milk started to permeate all of my shirts and my hair.  I realized at the 2 month mark, I had had enough.  He needed to sleep off of me.

At first I felt guilty that I didn’t want that constant contact with my baby.  Who was I as a mom?  Then I realized that carving out time for myself was necessary to my personal survival.  I tried everything suggested to me.  Here’s what worked and what didn’t for my son.

At my son’s 2 month checkup, my pediatrician insisted that the only way to get him to sleep on his own was to let him cry.  I could go in every 10 minutes, check on him, rub his back, but I wasn’t to pick him up.  Ever.  Nor nurse him.  He would eventually learn she assured me.

For one nap, he screamed at the top of his lungs for 2 hours.  I did the every 10 minute thing.  Cry It Out works on some babies, but my son was not having it.

According to Harvey Karp’s book, The Happiest Baby on the Block

, there are 5 S’s that a parent can do to help a baby sleep.  They are swaddle, hold on the side or stomach, shush (aka white noise), swing and suck (nursing or pacifier).  I bought a Woombie

for the swaddle part.  Honestly, best purchase ever.  When Dude was in his Woombie, he would sleep for 3-4 hours straight at night. 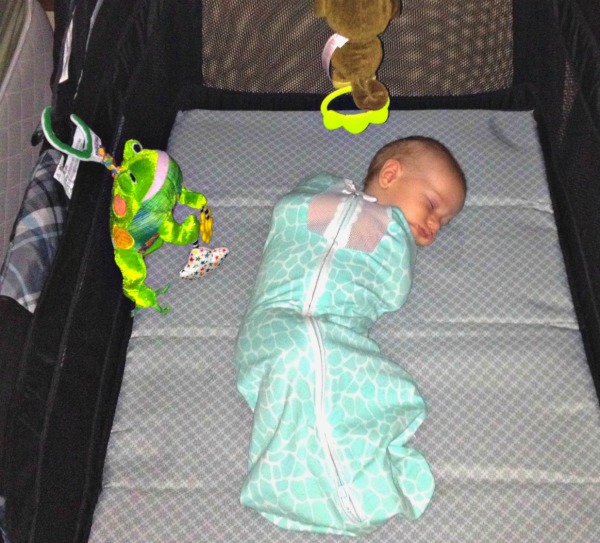 So I bundled him up in his woombie.  Then, I cuddled him close to me in a side position.  I shushed while bouncing up and down on an exercise ball and I let him nurse.  5 S’s right?

I was exhausted!  And yes, it helped him fall asleep.  But as soon as I laid him down in his crib, he woke up immediately.

I found out pretty quickly that Dude liked to fall asleep nursing.  The problem was just putting him down after he fell asleep.  One afternoon, I was so tired, I just decided to nurse Dude on my bed for his afternoon nap.  As he was sucking, he fell asleep as usual.  His mouth drooping wide open.  I saw my opportunity and rolled away from him towards the edge of the bed.  I planted my left foot on the floor and noiselessly slid myself off.  My right foot landed on the floor and I stood up.  Dude was sleeping!  And he wasn’t attached to me!  Victory dance!!

He wasn’t yet rolling at the time so I set up a fort of cushions around him in the off chance that he perfected his barrel rolls in dream state.  He slept for an hour and half.  I finally found a way to have him nap off of me.

Now rest assured, it wasn’t like this forever.  Dude eventually learned to fall asleep without nursing and how to sleep in his crib for naps.  I swear I did nothing special to encourage either of those things.  I just kept trying once every few weeks.  Eventually, he was ready and did it.  Through this whole experience, I learned that each child is different.  What works for one doesn’t necessarily work for another.  As parents, we just get to know our child and do what he or she needs. 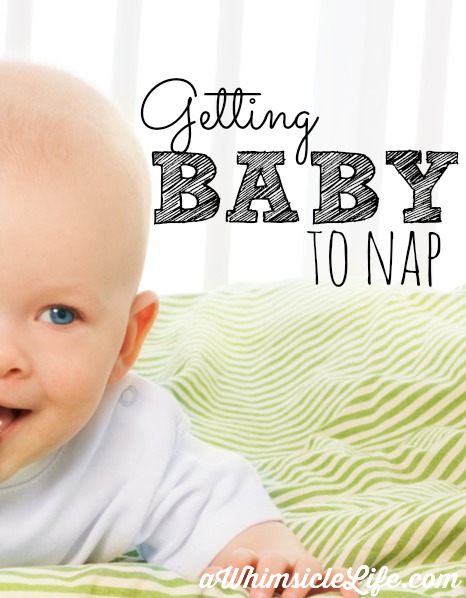