Home » Style » Confidence » Yes, you do indeed rock! 4 steps to overcome self doubt

You have so much to do that should have been done yesterday.

Each day, you write to do list after to do list, and yet you never seem to get any closer to your goal.

Throw all that out the window.  You rock already!  Let’s get some proper perspective on the situation.

When I was in high school, I dreamed of Hollywood.  I didn’t know what I wanted to do specifically when I got there.  Maybe act, maybe make movies.  All I knew was that I wanted to be there.

It looked so impressive. So much fun.

After college, I moved out to LA and worked in the mailroom at a talent agency.  From there, I went to a television agent’s desk.  As his assistant, I answered all the incoming calls, scheduled a boatload of meetings and worked my tail off for 12 hours a day.  In my free time..ha ha ha… I read scripts that came into the agency and wrote coverage – which is a fancy name for book report on a script.

My next boss hired me off of that agent’s desk.  He was a client and when he moved to a new production company and needed an assistant, he asked me.

I loved working at the production company!  We got a big show ordered by FOX . I got to see the creation of a network TV series as well as go on set.  I even organized the show’s premiere party.  I got promoted to manager.

Then, it all went downhill.

The company did not make its projections and the heads decided on a massive layoff.  I remember the mood of the office that day. I sat at my desk in the cubicles around the office.  From my seat, I could see the CEO’s office, my boss’s office right next door, the lawyer’s office… all the doors were closed.

The HR director shuttled back and forth between office doors.  My friend, who became my boss’s new assistant, sat in my boss’s office with the blinds closed.  The blinds were never closed.  What in the world was going on?

The CEO opened his door and called to me, “JoAnn, can you come in here please?”

I walked into his office.  Two chairs sat in the middle of the room.

They let me go.

I tried to apply for other entertainment jobs.  I even interviewed for one on the Warner Bros. lot.

But… I didn’t get it.  And after that one failure, I decided entertainment was not for me.

Don’t get me wrong, I’m stoked about my life now, but still, I look back and wonder… what if I kept going?  Would I still be in California?  Would I be working in television?

I could have used these 4 tips to help me overcome self doubt and surge ahead.

Why do we not go after the things that we most want? Usually, it boils down to one reason. We are scared of failing.

But, is failure really that bad?  Thomas Edison failed close to 1,000 times while creating the light bulb. He said, “I have not failed.  I have just found 10,000 ways that won’t work.”

Failure is not a cause for alarm, it’s feedback.

All those people that you see rocking it in the world, they have failed millions of times.  The only difference between them and the rest of the world, is that they have tried again and again until something worked .

We need to approach failure that way, too. How?

Many times, our doubt doesn’t come from our ability rather it comes from what we believe.

We need to retrain our minds to believe what we want them to believe.

In her book Grit, Angela Duckworth discusses how through cognitive behavioral therapy, psychologists help patients talk to themselves differently.  This therapy has been know to cure depression and anxiety.

What are you telling yourself right now? Are you saying that you’re not smart enough?  Are you hearing that everybody else knows something that you don’t?

These are all lies. We need to work on rewriting our own stories. A personal Mantra is the perfect way to start right now.

For example, I have a problem thinking that I can’t make money. It’s the lie that I tell myself over and over again. Everybody else can make money on their own but I can’t. I can’t succeed as an entrepreneur .

Obviously, this isn’t true. To retrain my brain I tell myself every morning I will make $8,000 a month on my blog by the end of the year. I tell myself that same phrase every day.

And you know what? It’s actually working. I am starting to believe that I can earn that amount of money .

And when you start to believe something, you start taking the action to go and do it. In the past few weeks, I’ve been more productive than I’ve ever been in my entire life. I’ve accomplished more of my goals and I’ve stayed better focused.

When you tell yourself what you want to believe, you start making it a reality.

So many times when we approach a new situation we’re scared.

We’ve never encountered something like this before and now when faced with it, we’re paralyzed by indecision.

That’s okay! We don’t need to know how to do everything.

Let me repeat that… we don’t need to know how to do everything.

According to his book, The 12 Week Year, Brian Moran says, “The fact is, you don’t how to do it, because if you did, you would likely be doing it already and living that reality.”

If you’re not losing weight, don’t beat yourself up about it. You simply don’t yet know how to lose weight.

This is where investing in yourself becomes so important. We need to search out the classes and the people who will give us the information for making our lives better

Are you not making enough sales in your business? Yes you are smart enough. You simply don’t know how to make those sales yet. Spend your time searching for those people who are successful and for those courses that guarantee results. Learning new methods and applying them to what you already do is the fastest way to get results .

It’s time to ditch that useless anxiety when we come to a struggle . Instead, just repeat to yourself, “if I knew how to do this I would be doing it already.”

And if you need more encouragement, I recommend all the books in this pile:

Look to your past

Fear plays a lot into self-doubt . Usually, your past tells you how you are truly capable.

Think back to a time when you were struggling. Maybe it’s a time where you didn’t have enough money or when you really wanted a promotion.

To give you an example, I can remember a time in college where I was sitting down at my desk in my dorm room and looking at my budget for the next semester. I simply could not make the numbers work out so that I could pay for my dorm and pay for my meal plan. Something had to give.

At that moment, I brainstormed other options on how to get the money. I settled on applying to become a Resident Assistant. RA’s had their meal plans plan for pay for as well as their housing.

Now I am not someone who likes to stay up late at night. But when I decided to apply, the RA application was due in two days . Not only that but the application required the use of a typewriter. I marched myself down to the main library and typed up my entire application. I didn’t return to my dorm room until midnight.

But guess what ? I got the RA job. I put everything I had into getting that job. At the moment that I needed money, I came through.

I’m sure that you have these moments in your past when you’ve come through for yourself or your family in a jam . Know that is your true capability. You got this! 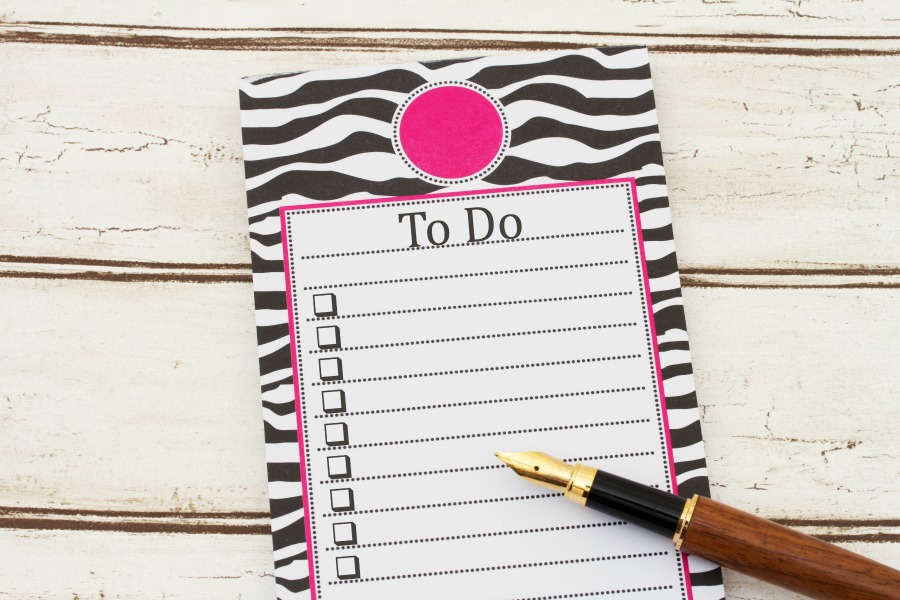 Do you ever run into this issue? That somehow you can fit the 20 things on your to-do list in one day? But it never happens and you only accomplish three things from your master list?

For example, at this moment I can think of 15 other things that I need to do. However, I set my priority as writing 6 blog posts this morning. (And you know what?  I did it and I felt like superwoman)

Choose the priorities in your day. Start with only three at first until you figure out how fast you work and how much you can get done.

Throw that self doubt out the window! When you invest yourself, appreciate each failure, develop a mantra and set your priorities, you will be unstoppable. Not only that, but those little “If onlys…” will disappear from your thoughts.

Think of much happier you’ll be to see those go!