When I tell people I’m a blogger, the first reaction is “Oh, that’s nice.”  I usually follow this up and say, “Ya, and my blog is starting to make some money so it’s going well.”

That’s when I get the stunned reaction, “Wait, you make money blogging?”   Yes.  Yes, I do.

Ok, not right now.  I’ll show you the why behind that number shortly.

When I watch other successful bloggers, the first thing I wonder is, “How did they start?”  If I knew how they started and what steps they took, I could then follow those steps and achieve the same results.  Right?

The problem is that while so many bloggers are willing to share information, there is just no real record of where they started. Pinch of Yum started publishing blog income reports in August 2011.  That month they made $21.97.  However, they also had 50,000 impressions that month…a huge number in blogger land.  How did they build that amount of users? (FYI:  Pinch of Yum’s latest income report listed a profit of $25,364.51 for the month of March)

So my mission is to tell my story from the beginning.. well, almost the beginning. I’m now a year in so humor me with a little backstory.

My friend Megan and I started Whimsicle in February 2014.  Our first sponsored post came from Invisalign in May.  That post was offered to me because I attended a mini bloggy boot camp presented by The Sits Girls.  Everyone who attended was offered that post.  In retrospect, attending that mini conference was my best decision ever.  With that one post, Whimsicle gained both a rate we could charge for future posts ($100 at the time) and a post we could show brands to say, “Hey look, we can do this!”

Megan and I knew we wanted our blog to focus on local attractions. So we simply scheduled a lot of play dates.  Our kids had fun, we took pictures and then wrote a post about each adventure.  Simple.  In May, we found a place that we loved: Connect 5 Family Center.  We talked to the owner, Lisa and she agreed to give us a giveaway for admissions to her play center.  We held that giveaway on our Facebook page.  That one post got shared 62 times.. jaw-droppingly huge for us.  We discovered that giveaways were the way to go.  We approached more places by simply finding the name of the manager/owner of an attraction and contacting them via email.  So many wonderful places agreed to work with us and we saw our audience grow.

In June and July, blog traffic started to pick up.  One of Megan’s posts, Fool Proof Fourth of July Desserts, got repinned a lot on Pinterest and increased our traffic nicely. Then on July 1st, the Stitch Fix Reviews Blog featured one of my review posts.

That was a good day 🙂

How did that happen?  Every time, I publish a Stitch Fix post I promote it on Twitter and tag Stitch Fix in my tweet.  I’ve been featured three times in the Stitch Fix Review blog and each time Whimsicle has received a lovely boost in traffic.

We signed onto BlogHer publishing Network in September and put an ad on our site.  We started using Google Adsense in October.  In November, right after we had our SITS day, Social Fabric contacted us and invited us to join their network. And although we began to have many more paying gigs, our traffic remained the same – hoving around 5,000 pageviews a month.

At the end of 2014, Megan decided to take a step back from Whimsicle to focus more on her family.

While I could recount the past 3 months in my own, I’m just going to fast forward to March.  First, the traffic:

This was a huge month.  Whimsicle traffic has doubled since the summer of 2014.  New incoming traffic came from:

I see that number and I’m laughing to myself.  I love that my first income report is a negative number. Frankly, my Rebel has made such a difference in my pictures.  It makes everything more beautiful which will in time draw in more readers.

There it is.  My blog beginnings documented for the world to see.  I hope that some just starting out in the blogosphere will gain some insight that may help in running their own blog…insight I hungrily sought out my first year.

What questions can I answer for you as a blogger? 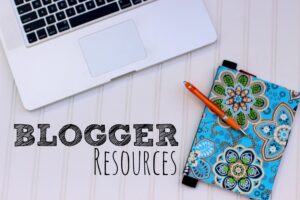